Here’s how to get started deploying a Hyper-V upgrade through PowerShell.

One of the best new capabilities that Microsoft has introduced with Windows Server 2016 is the ability to upgrade the nodes within a failover cluster without incurring any down time in the process. This technique, which is known as a rolling cluster upgrade, works especially well for clustered Hyper-V deployments within which virtual machines are highly available.  The process works by draining a cluster node (through live migration), placing the node into maintenance mode, provisioning the node, and then returning the node to the cluster.

Once all of the prep work has been completed, you can move forward with the upgrade process. Open an administrative command prompt on a cluster node. You will then need to suspend and remove the cluster node. The commands used for doing so are:

You can see what this process looks like in Figure 1.

Now that the node has been evicted from the cluster, you can install Windows Server 2016 onto the node. One thing to keep in mind is that although Windows Server Setup gives you the option of performing an upgrade, Microsoft recommends that you avoid performing an upgrade, and opt instead to perform a clean installation. You can accomplish this by using the Nothing option shown in Figure 2. 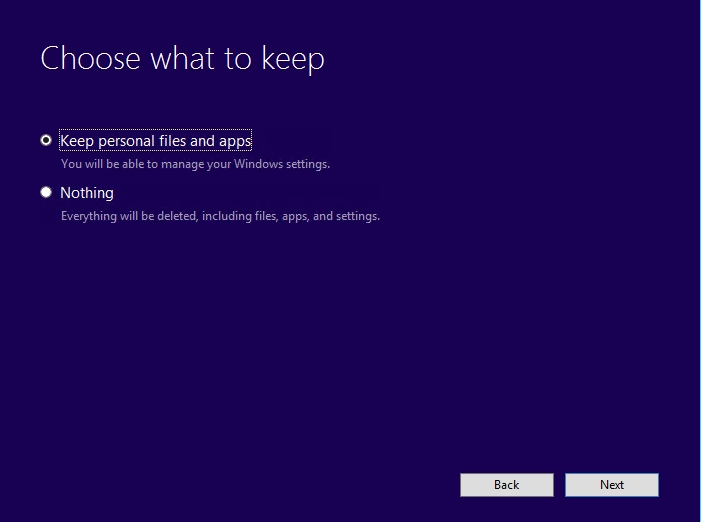 Once the operating system installation completes, add the server to the Active Directory domain (be sure to make note of change the server name), and install the Hyper-V role and the Failover Clustering feature. The commands used for doing so are:

After the required components have been installed, check the Hyper-V virtual switch to make sure that its name matches the name that was in use prior to the upgrade. If the virtual switch does not exist, then you will need to create it.

From your newly upgraded node, open an administrative PowerShell window and enter the following command (this must be done from a server that is running Windows Server 2016):

Add-ClusterNode -Name <the server name> -Cluster  <the cluster name> You can see what this looks like in Figure 3. Notice in the figure that I have used the Get-ClusterNode cmdlet to verify that the node has indeed been added to the cluster.

You can now repeat this process for each of the remaining cluster nodes, until each node has eventually been upgraded. Once the cluster has been upgraded however, there are some other tasks that you will probably want to perform. I will discuss these tasks in Part 2.