US tech giant Microsoft on Wednesday launched Visual Studio 2017, the refreshed version of Microsoft’s integrated development environment (IDE). The latest version of Visual Studio is now available for download, and there’s a whole heck of a lot of new stuff to check out.

Visual Studio 2017 comes integrated with Xamarin, which makes it faster for developers to create mobile apps for Android, iOS, and Windows platforms

Visual Studio makes it easier and faster to install just the features you need, when you need them. And, it uninstalls cleanly, too. 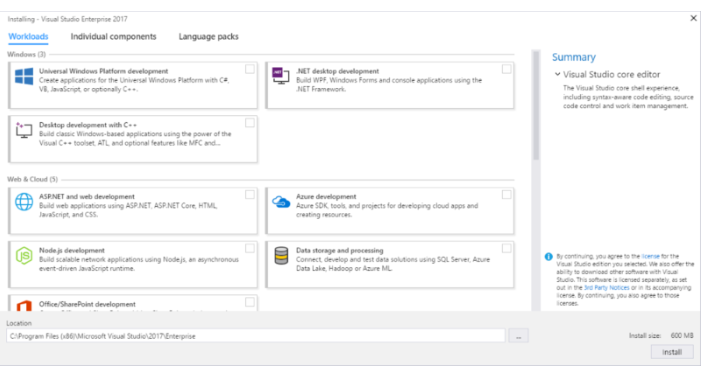 Working on solutions that contain large numbers of projects doesn’t mean you have to work with all the files or projects at one time. Now you can edit and debug without waiting for Visual Studio to load every project.

New features, such as live dependency validation, help drive DevOps earlier in the development process. In addition, enhancements to popular features, like code navigation, IntelliSense, refactoring, and code fixes, save you time and effort, regardless of language or platform.

The entire debugging and test experience has been enhanced to help you find and address issues as early as possible. Features like Live Unit Testing, Exception Helpers, and Run to Click tighten your DevOps loop by reducing regression risks and immediately exposing the root cause of new bugs. 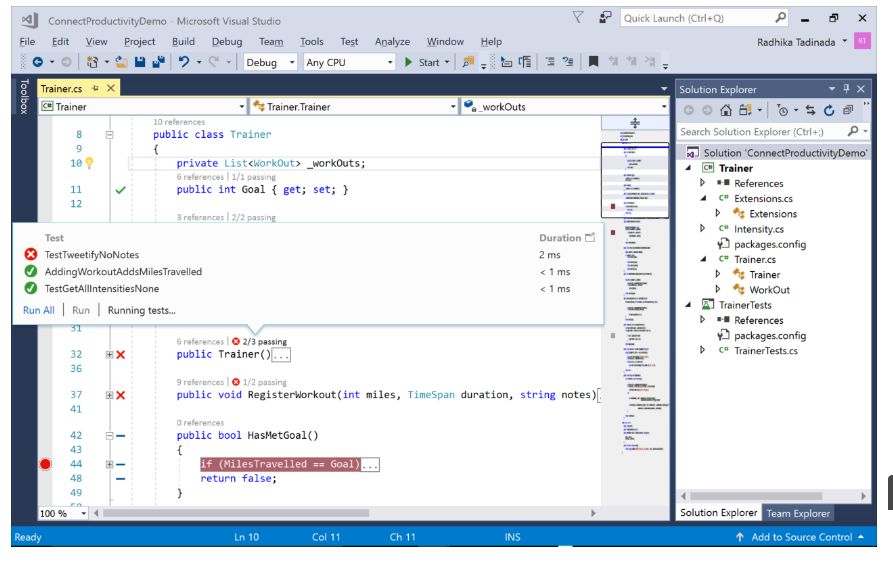 Integrate with the cloud

Built-in tools provide comprehensive integration with all of your .NET Core, Azure applications, services, Docker containers, and more. The experience is so seamless that you’ll feel like you’re working from inside an Azure datacenter.

Directly manage your team projects hosted by any provider, including Visual Studio Team Services, Team Foundation Server, or GitHub. Or use the new Open Any Folder feature to immediately open and work with virtually any code file without a formal project or solution around it. 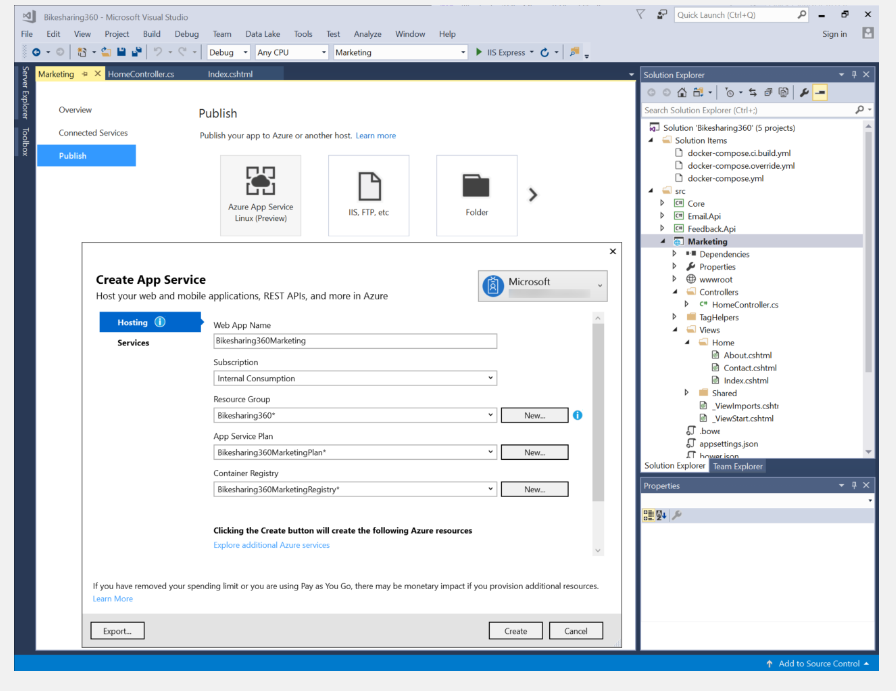 With Xamarin’s advanced debugging, profiling tools, and unit test generation features, it’s faster and easier than ever for you to build, connect, and tune native mobile apps for Android, iOS, and Windows. You can also choose to develop mobile apps with Apache Cordova or build C++ cross platform libraries.

Level up your language 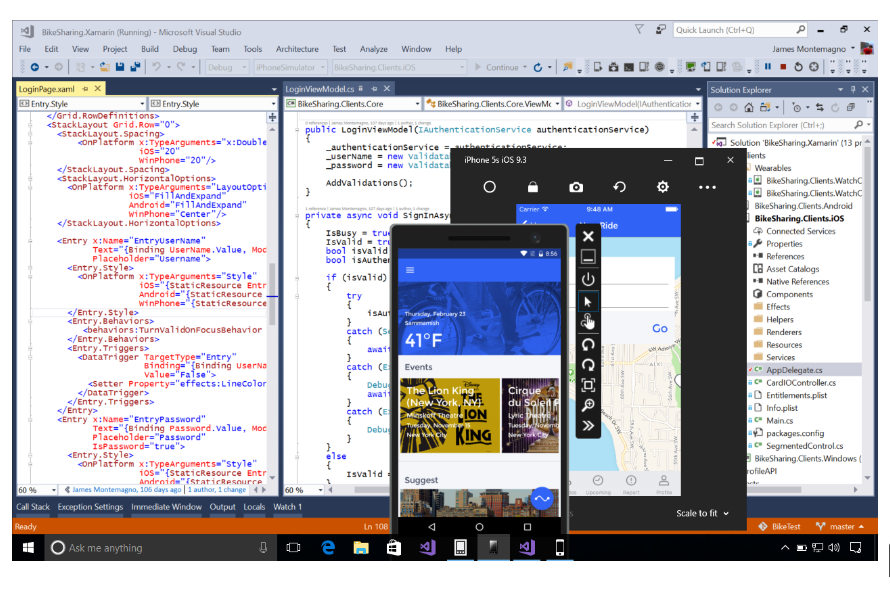 Together with Visual Studio Team Services and Team Foundation Server, seamlessly deliver software to any targeted platform. Extend DevOps processes to SQL Server through Redgate integration and safely automate database deployments from Visual Studio. Xamarin Test Recorder, together with Xamarin test cloud let you test on thousands of physical devices right from within the IDE.

Stay ahead of the curve

Enjoy complementary access to training from top partners, including Pluralsight and Opsgility, for Enterprise and Professional customers. You’ll also get access to software licenses from select partners, such as Parallels and SyncFusion 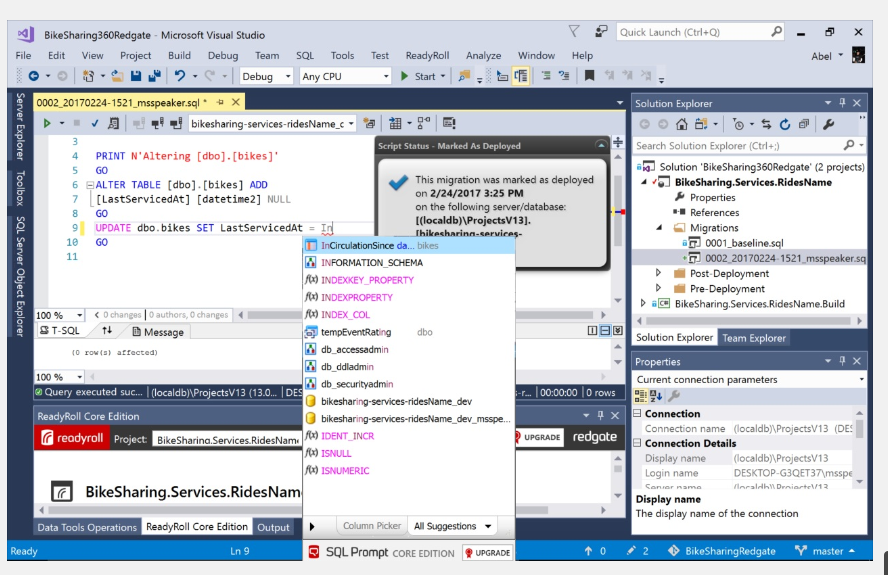